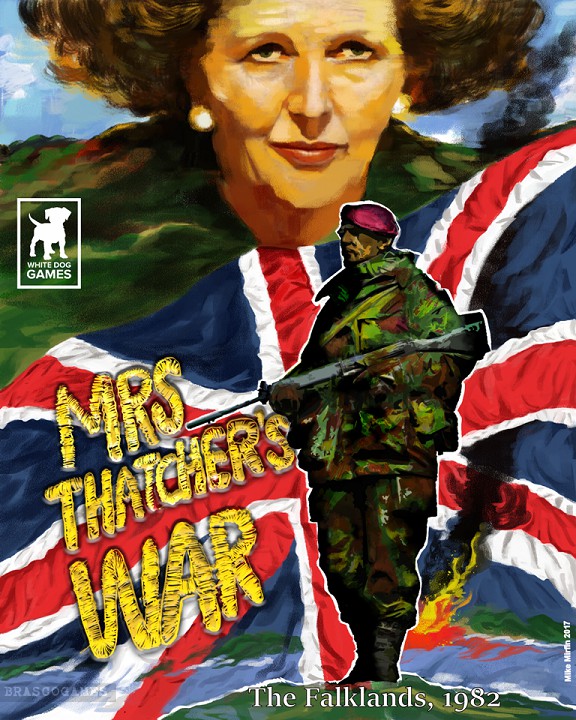 On the 2nd of April 1982 with a commando blitz operation (Operacion Rosario),

Argentina invaded the Falklands Islands, a remote UK dependence in the South Atlantic.

The move led to a brief 74 days, but bitter war.

Margaret Thatcher said the 1,800 Falklanders were "of British tradition and stock".

A task force was sent to reclaim the islands, 8,000 miles away.

combat operation between modern forces since

the end of the Second World War.

Not designed as a detailed simulation, this fun and challenging solitaire game

the Argentine invasion force; first trying to  take control of the "airspace" and then

moving the infantry toward Port Stanley. 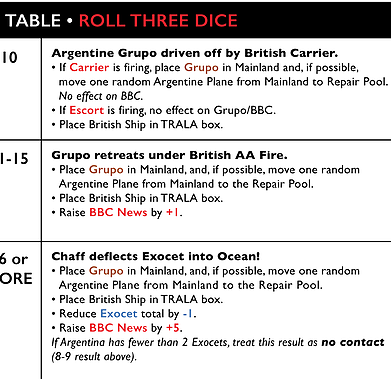 Shot of the playing map 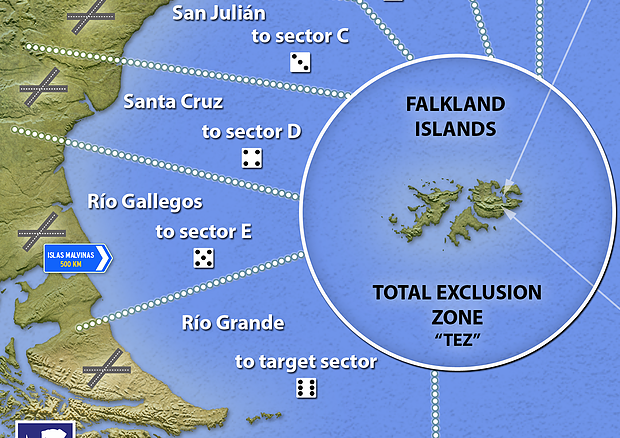