Monkey Queen is a two player abstract board game, played on a 12 x 12 checkers board. The board is initially set up with two queens - one stack of 20 pawns for each player, set on the 'F' and 'G' files on opposite sides of the board.

A monkey queen captures exactly like a Chess queen. Slide in any direction along a straight line of

unoccupied squares ending with the capture of an enemy piece.

When not capturing, a queen moves any distance in any direction, again like a Chess queen, except it leaves

its bottom disc (baby monkey birth) behind on the originating square, reducing its stack height by one.

Babies also have a non-capture move. You win if you capture the enemy queen, or deprive your opponent of 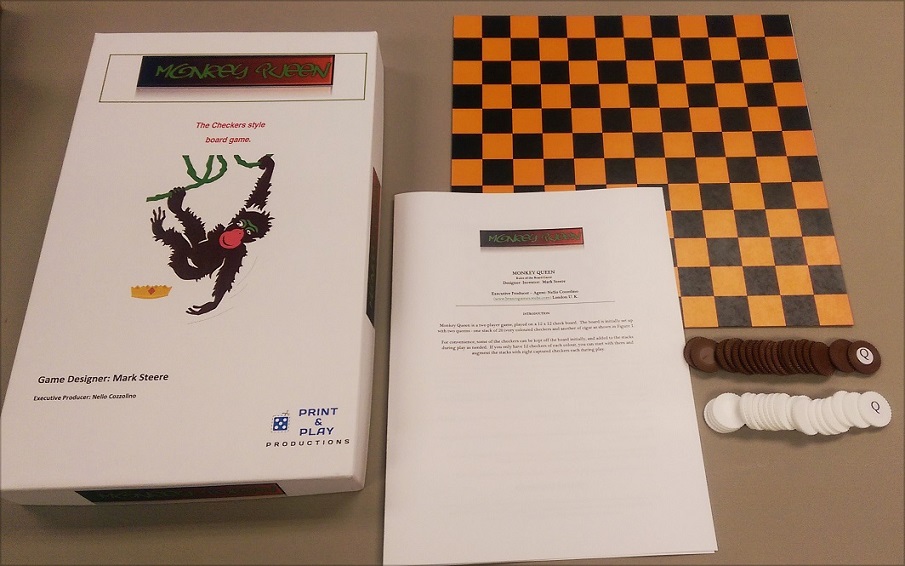 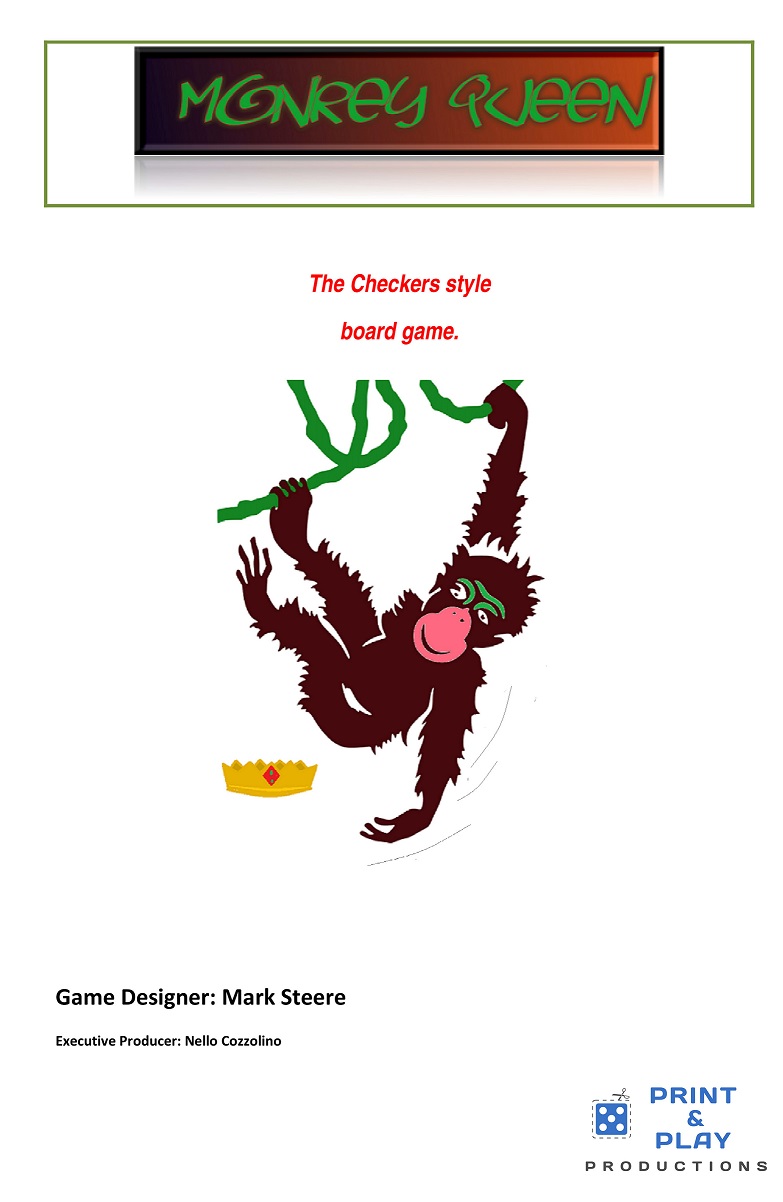 The Abstract that I was always waiting for; simple rules, but on the big board (12 x 12) there is room to develop strategic attacks and defences. A board game worth some repeated play to explore the possibilities. (brascogames)