P.M. Mendez) "Look man I only need one thing..where they are" 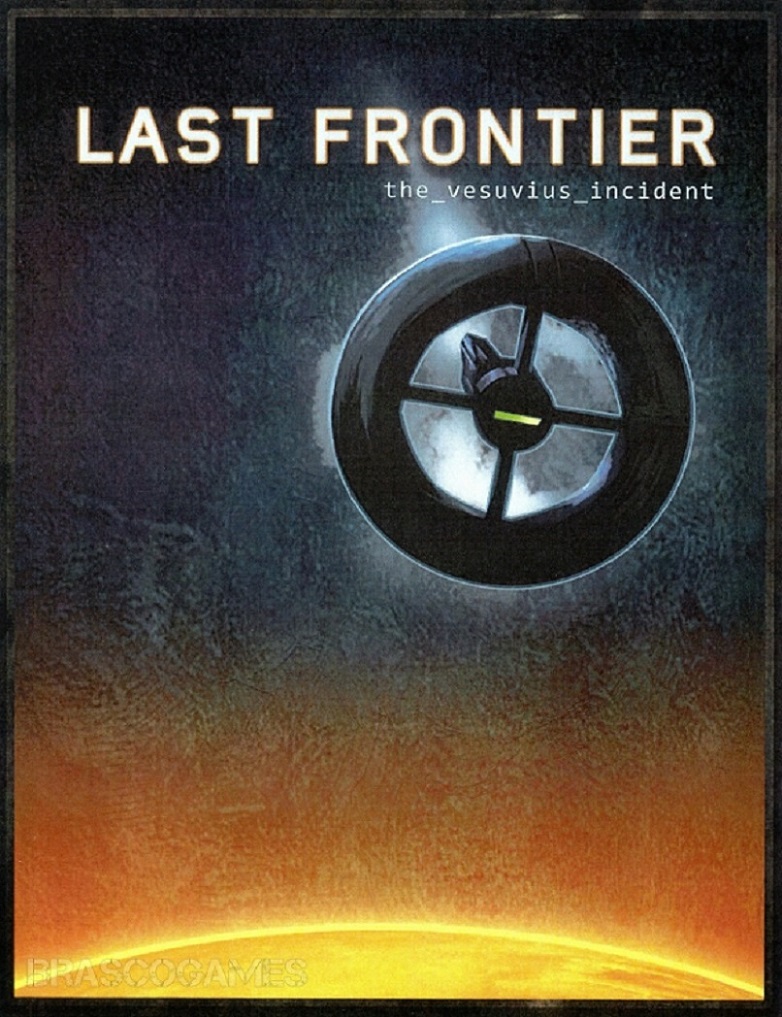 Security there is serious problem in the mess hall...

.... We figured a dozen of highly trained and well equipped marines

with the best of available technology could handle anything...

presents
The new version of
Last Frontier
the_Vesuvius_incident
a.k.a
L.F.T.V.I

board game by designer Neal Sofge!

lab ship in a decaying orbit.

Work fast, the controls are smashed and the ship Vesuvius is plummeting towards a

fiery end in the atmosphere below.

This is a solo game, but since there are 12 marines, this can easily be played as a 2-4

player co-op game with each player controlling several marines. There is an official

variant in the rules for playing it this way. 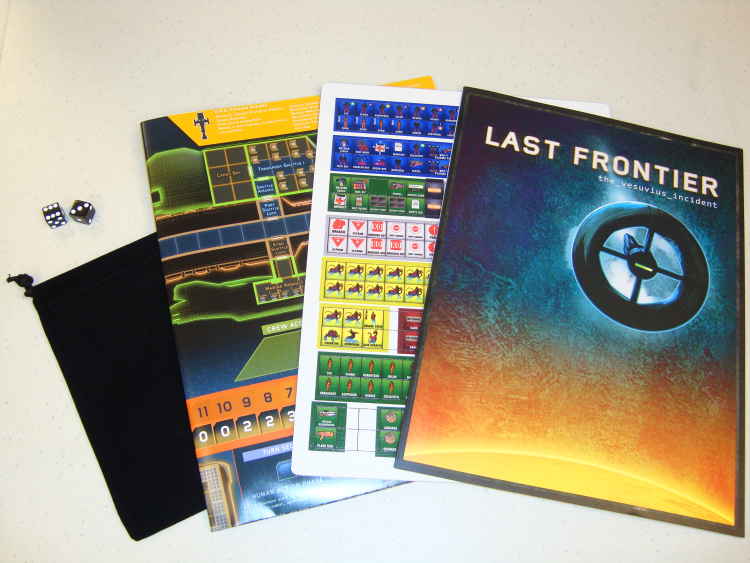 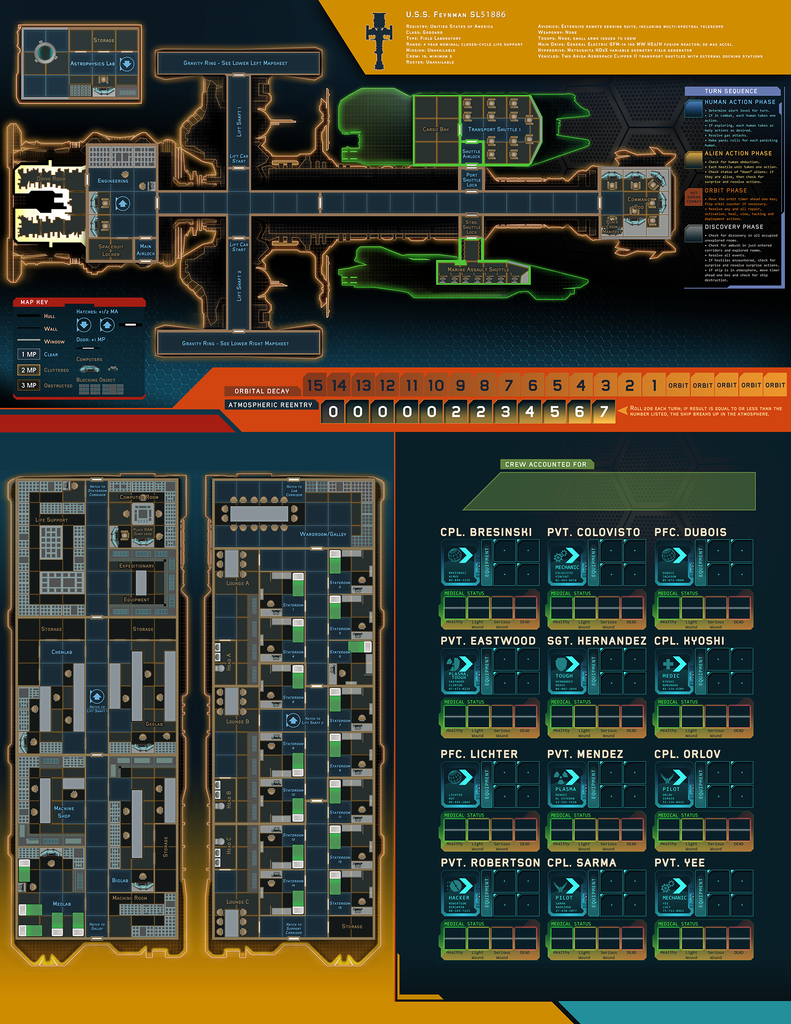 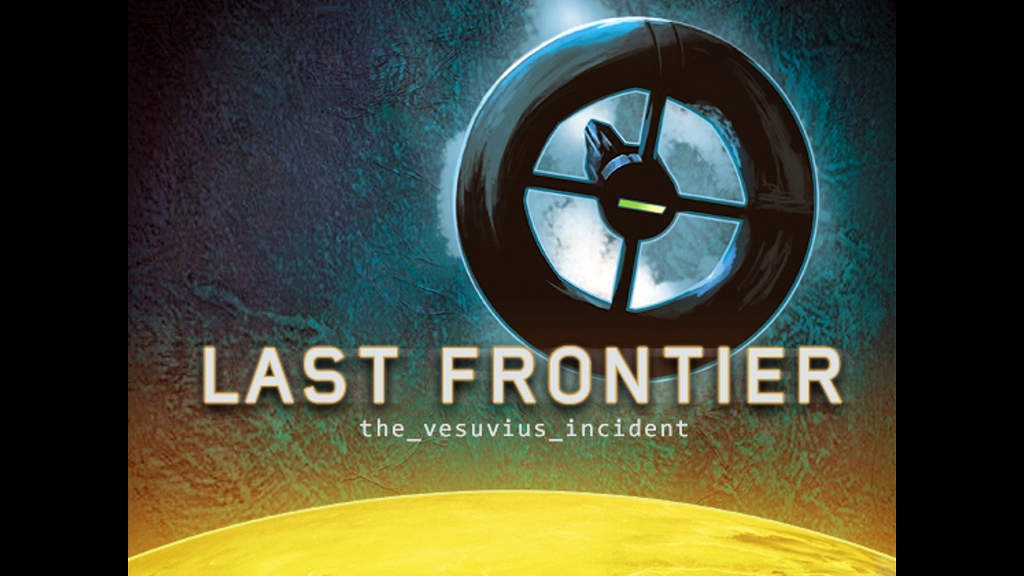 LIFE IS A LONG GAME