Final report of the commercial space station Prometheus. Third officer reporting. The other members of the crew, Kane, Lambert, Parker, Brett, Ash and Captain Dallas, are dead. Cargo and ship destroyed. I should reach the frontier in about six weeks. With a little luck, the network will pick me up. This is Ripley, last survivor of the Prometheus , signing off. 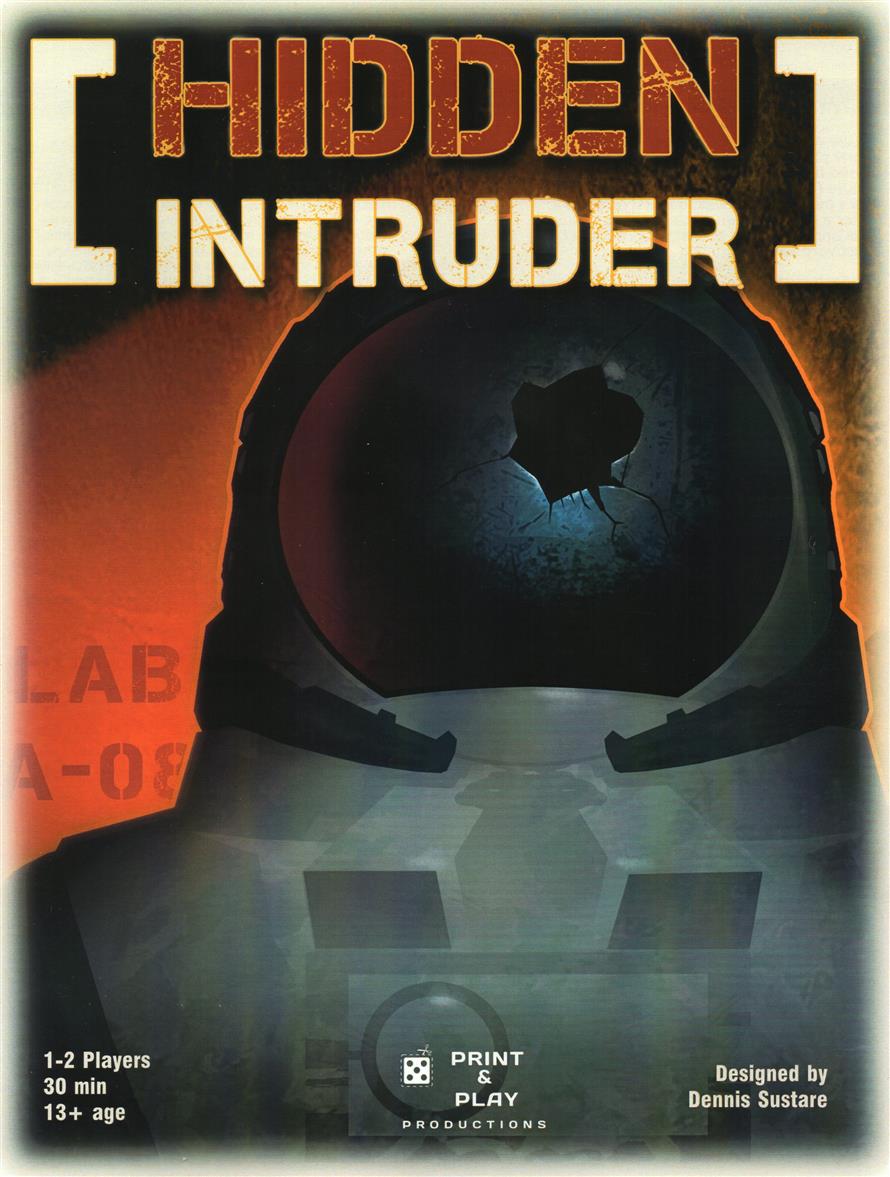 The Intruder is an alien being of unknown power. During the course of the game the Intruder will move through the space station as both the hunter and the hunted. One or more players must cope with a monster that moves rapidly and changes continuously as it undergoes metamorphosis into a more powerful being, and possibly divides into two or more clones.

Hidden Intruder is a solitaire board game

but it has 3 scenarios or different ways to play that allow for 2-3 players to play.

Hidden Intruder includes 54 counters representing the crew and their weapons, lab animals (which confuse the search) and the Intruder. The playing map (card stock paper) shows in detail the interior of deep space station Prometheus. The map also contains special charts to record the development of the Intruder.

Zipped bagged version -  22 inches by 17 inches paper map in a ziploc bag with dice, counters and a 16 pages booklet rules (size A4). See pictures below. 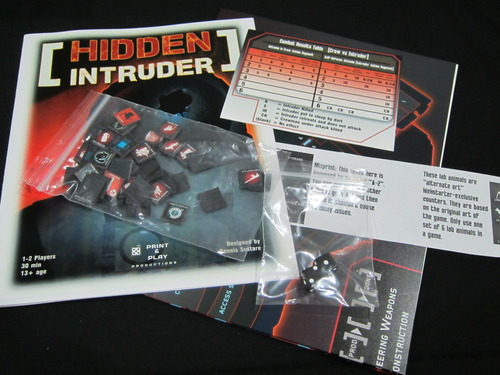 " This is space ship Prometheus calling

traffic control. do you read me? 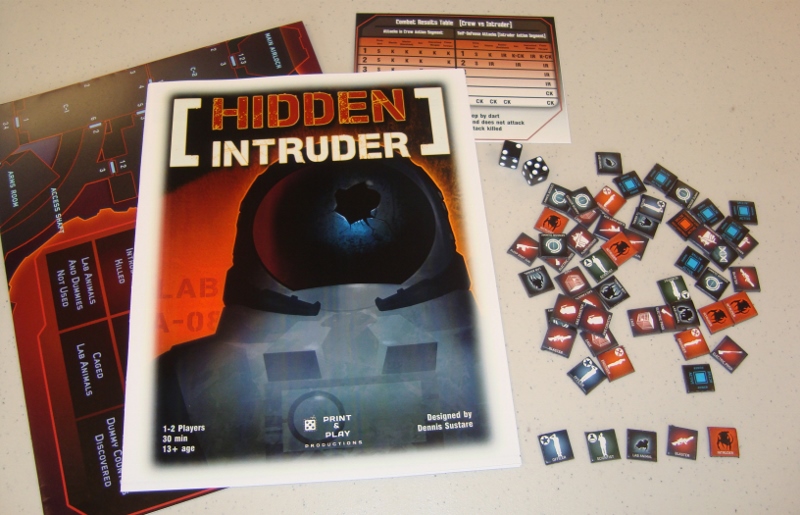