This is a light motorcycle racing board game based on the characters of Paul Sample's 'Ogri' comics.

It is basically a roll and move game, with a number of cards that can be played at various times to

enhance one's own progress or inhibit that of the another player. The game consists of three

individual races and a total of six laps around the course, played with different dice to represent the

speed / intensity of each race. At the end of each race, players acquire sponsors based on their

performance, and have the opportunity to spend money to purchase upgrades to their bikes for future

heats. The overall winner is the first player to cross the finish line in the third race. The game is very

aesthetically appealing, with board, card, and box art by Paul Sample and pewter miniatures for

From the back of the box: "Hell for Leather"  board game is a fast, freaky race around the world

comic strip Ogri, which has appeared in Bike Magazine since 1972. A game for 2-6 players, Hell for

Leather is all about high speeds, hard cash, 'Derring Do', and dirty tricks. Relying on guile, cunning,

and hopefully a little luck, set your sights firmly on the chequered flag... and go for it! Pressure

builds as you progress through the races with sponsorship funding, heaps of trouble, and laughs

aplenty. When fair play and skilful riding are not enough, deft use of your nasty 'nerg nail', 'orrible oil

Designed and produced In England and Ogri's creator, cartoonist Paul Sample (also known for the

cover artwork on many of Tom Sharpe's novels), Hell for Leather! with Ogri at the TT is a traditional

board game of the highest quality, and includes hand cast pewter playing pieces representing all

final race, which will no doubt finish in a thrilling climax of dirty tactics, Shouting and the renewa

star of the Telegraph motoring section. " 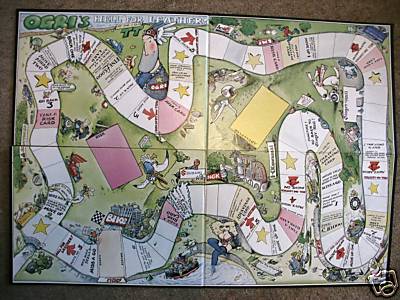 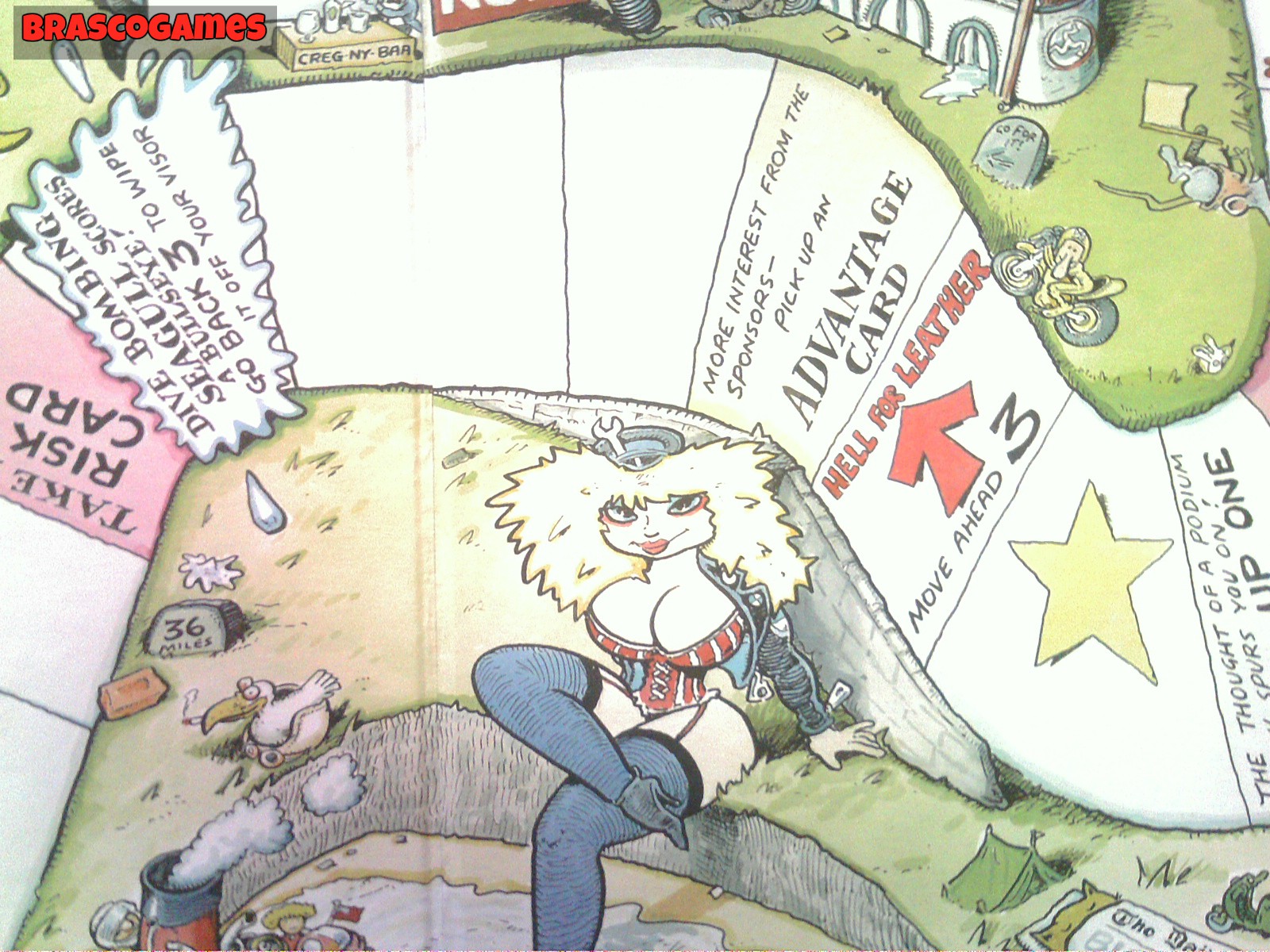 Hell for Leather with Ogri (at the T.T) is a family board game based upon the dirty, greasy world of motorcycle racing.

Players (2-6) race around the famous ISLE OF MAN * T.T race course with two dice (one normal and one turbo-dice) and an assortment of cards to help them go faster, cheat and hinder their opponents.

Determines how much sponsorship money, you get for the next one.

The better your sponsor is the faster your bike will go !!!!!!!

But the coarse is tricky and your opponents can slow you down so, unlike F1, big money does not guarantee the win .

The artwork, the pewter cartoon characters and the famous OGRI humour all combine to make playing hell for leather a fun and ridiculously exciting time.

A treat for anyone who enjoys a good old fashioned board game.

Hell for leather with Ogri at the T.T. is the biggest and best biking board game ever - so start your engines and prepare for battle !