Barbarian Kings is a classic from the 80's.

The game is a redesign of G. Kostikyan classic Ares Magazine game "Barbarian Kings" , multiplayer boardgame of fantasy world conquest  originally published through SPI back in 1980, but whereas that game was created to fit in a magazine, the JRG version will come in a box with expanded forces available for players, new rules, and two different worlds to conquer rather than just the original one.

Barbarian Kings is a board game of economic management, negotiation and army conquest as kings, wizards, and heroes battle across the land. Barbarian Kings uses simultaneous movement and has races ranging from elves to barbarians to flying men-each with their own powers. As regions are conquered, they can be used to hire troops of the various races, all called to your banner by thoughts of conquest and glory. In its magazine format, Barbarian Kings was acclaimed as one of the classic fantasy wargames of all time. With its re-release, a timeless classic becomes even better.

This is the new Jolly Roger 2nd edition. 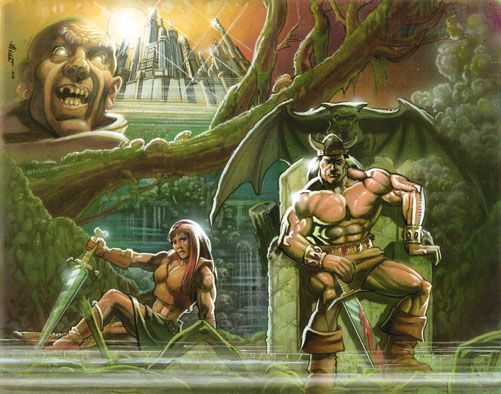 A multi-player game of magical and physical empire building at the strategic level for 2-5 players.

Greg Kostikyan is a GAMA Hall of fame Award winning game designer.Beginning with his SPI releases,

his games have become classics,including Pax britannica, Paranoia and the timeless Barbarian Kings.