They are designed for solitaire or group play.

All components (except dice) are included--the adventure booklet A5 SIZE, rules, counters and paper board.

The story changes, based on the decisions you make.

When confronting enemies, you play out combat on the playing board with the included pieces 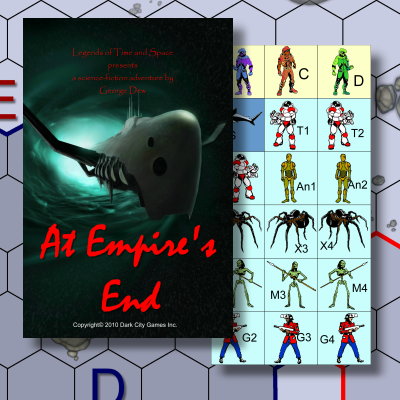 You make your living on the remote periphery as a bounty-hunter.

It's a tough life, and to survive, you have to know how to deal with ruffians, swindlers, and thieves.

Your quarry this time is a dangerous pirate, armed and ruthless.

His raids have laid waste to the sector's infrastructure, and he must be stopped.

Your mission, should you choose to accept, is to capture the 'Duke' and to bring him to justice.

But you must hurry. With each of his raids, society falls further into chaos.